For many people, an 'engine check' warning is a mere annoyance. But it's not just the obvious signs that you should pay attention to; in fact, there are several subtle signs that your car is due for a service before your next routine maintenance check. For example, if you find that your battery is going flat more quickly when in park, it's often a good indicator that your battery needs to be replaced. Additionally, if you find that your car is overheating to dangerous levels, there are numerous possibilities as to why. However, the one thing you definitely should not do is try to fix it yourself, especially if you're not a qualified mechanic. In the case of an overheating car, pouring water in the radiator while the car is overheating is a terrible idea. Pouring cold water into a still-hot radiator may cause the engine block to fissure because of the the sudden temperature change.

However, while these signs can — and should — be recognised by most motorists, there are also many subtler signs that will not be detected by the everyday driver. Regular car servicing is of paramount importance. Smaller issues can lead to bigger ones, possibly causing problems driving or even rendering your car inoperable. The costs of repairing neglected parts can end up being much higher than if they were detected and addressed during a car service. However, the financial cost is just one part of the equation — failure to keep your car in good working order can lead to disastrous consequences. A fault with the brakes or brake fluid can lead to unintended rear-end crashes or worse. In addition to putting your own money and life at risk, you are also endangering the lives of others by not ensuring your automobile is fit to drive. In 2014, truck driver Robert Brimson desperately tried to press his brakes eleven times, but it was in vain. He tried swerving away from other motorists, but, sadly, he fatally crashed into a pole. The truck's owner was taken to court after pleading not guilty to Mr Brimson's manslaughter and endangerment charge; he ignored repeated warnings about the truck's brake issue, which unfortunately resulted in Mr Brimson's death.

So many tragic accidents caused by faulty cars could have been avoided by ensuring that vehicles were regularly maintained, in addition to ensuring that all mechanical concerns are addressed without delay. 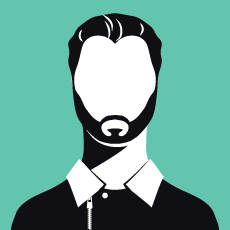 If you drive a lot for business, you probably put a lot of kilometres on your vehicle. Whether you are driving from client to client in the same city or driving across the country, your vehicle needs to be well prepared for the journey. You don't want to miss out on a great opportunity because your car has broken down on the way to the meeting. Hi, my name is Carla, and I've been stranded on the side of the road, desperately trying to reach a client to reschedule. After that experience, however, I decided that I needed to pay more attention to auto service, and recently I decided to create this blog to help others in similar situations. Thanks for reading! I hope my tips help you!